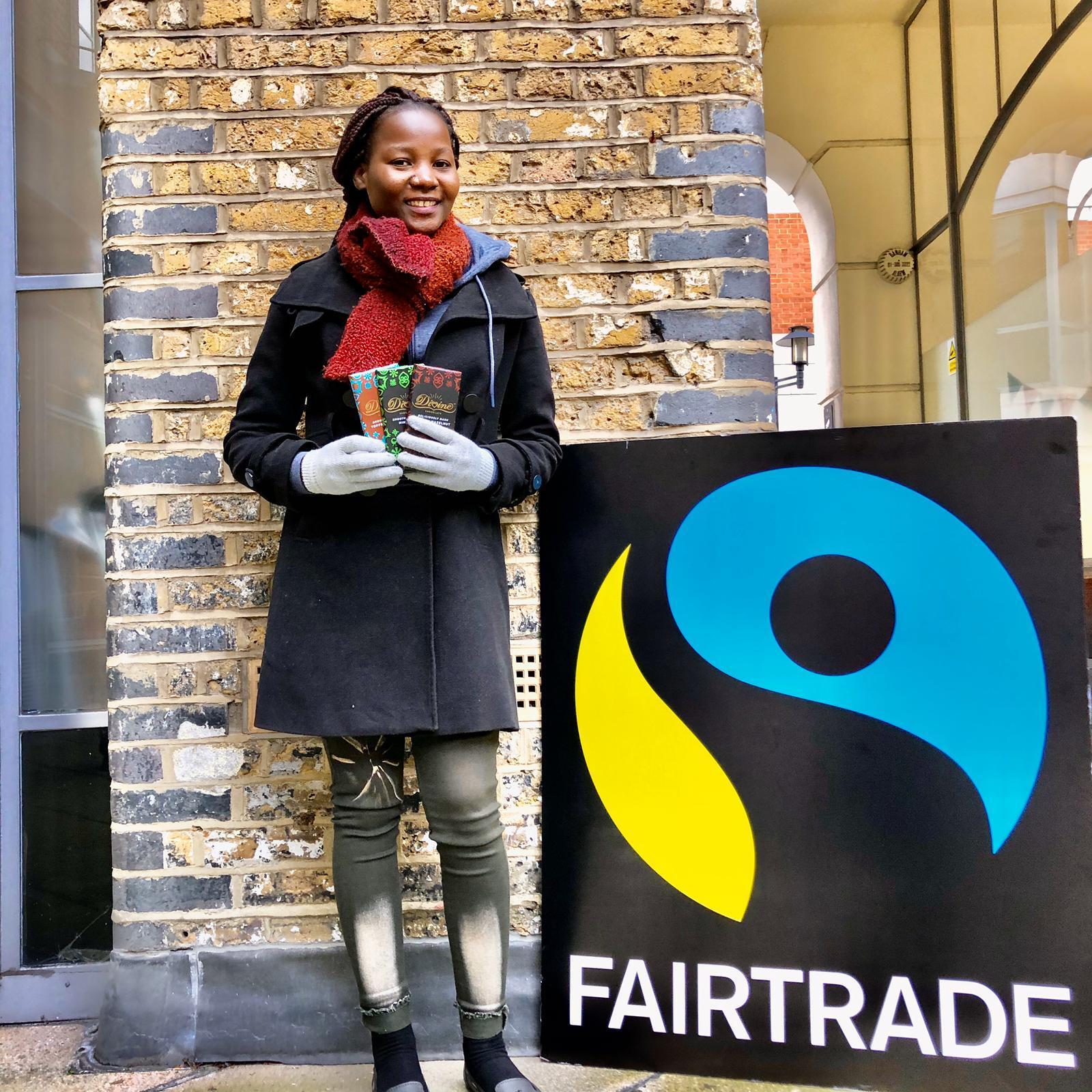 “Call me Fairtrade” says Ndiuzayani confidently to a room of Divine Chocolate employees during Fairtrade Fortnight 2020 at Divine Chocolate HQ. “When I am talking about Fairtrade, I am talking about myself. I am who I am because of Fairtrade”. She continues “I am a small sugar cane farmer from the Chikwawa district, in the southern part of Malawi. I say “small” because I support my mum on her farm with planting and weeding. She is a “big” farmer because she owns her land of 2.5 hectares. We grow sugar cane and are part of a farmers’ association called Kasinthula Cane Growers’ Association. Growing up, sugar meant a lot to us and it still does today as it’s our only income; it gives us money and a future. We rely on sugar farming. My dad died when I was young and if it wasn’t for Fairtrade, my mum would not have been able to educate me or my three sisters, and I wouldn’t be talking to you today here in London.” 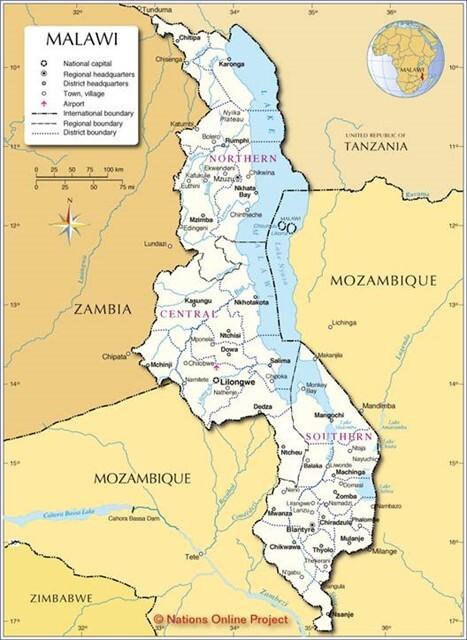 Ndiuzayani tells me later that she started to hear of Fairtrade when she was a young girl: “I’ve been hearing about Fairtrade for more than 15 years. My mum would often mention Fairtrade and how she had benefitted, so I have been hearing about it for a long time. When projects would happen in our community it was because of Fairtrade. I would always hear Fairtrade, Fairtrade, Fairtrade and it is now as a grown-up that I really understand what it means, and how it goes beyond projects and is about global justice."

She goes on to say, “My family has benefitted a lot from Fairtrade and from our farmers’ association Kasinthula. But the premiums from Fairtrade have helped not only us but also our community a lot”. At Divine HQ, Ndiuzayani shared how her community and the wider area now have improved housing and a health clinic. There are now over ten water taps for clean water, which has meant cases of cholera and diarrhea have decreased. She also shared pictures of the primary school that was built in her community. This means children can start learning earlier, as before they had to walk 7-8km to the nearest school, which young children weren’t able to do.

“The fact that I am a graduate of Business Administration is a huge achievement. I graduated last year whilst interning in the accounts department at Kasinthula Limited”, Ndiuzayani says with firm pride. “I am a Business Studies Teacher now and want to be a role model to all girls and women”.

Ndiuzayani’s example and drive to be a force of change in Malawi is important in a country where one in ten girls are married before their 15th birthday[1]. According to UNICEF, Malawi has the 12th highest prevalence rate of child marriage in the world, which is caused by multiple factors, including poverty, limited awareness, lack of opportunities, cultural and religious traditions, and peer pressure. 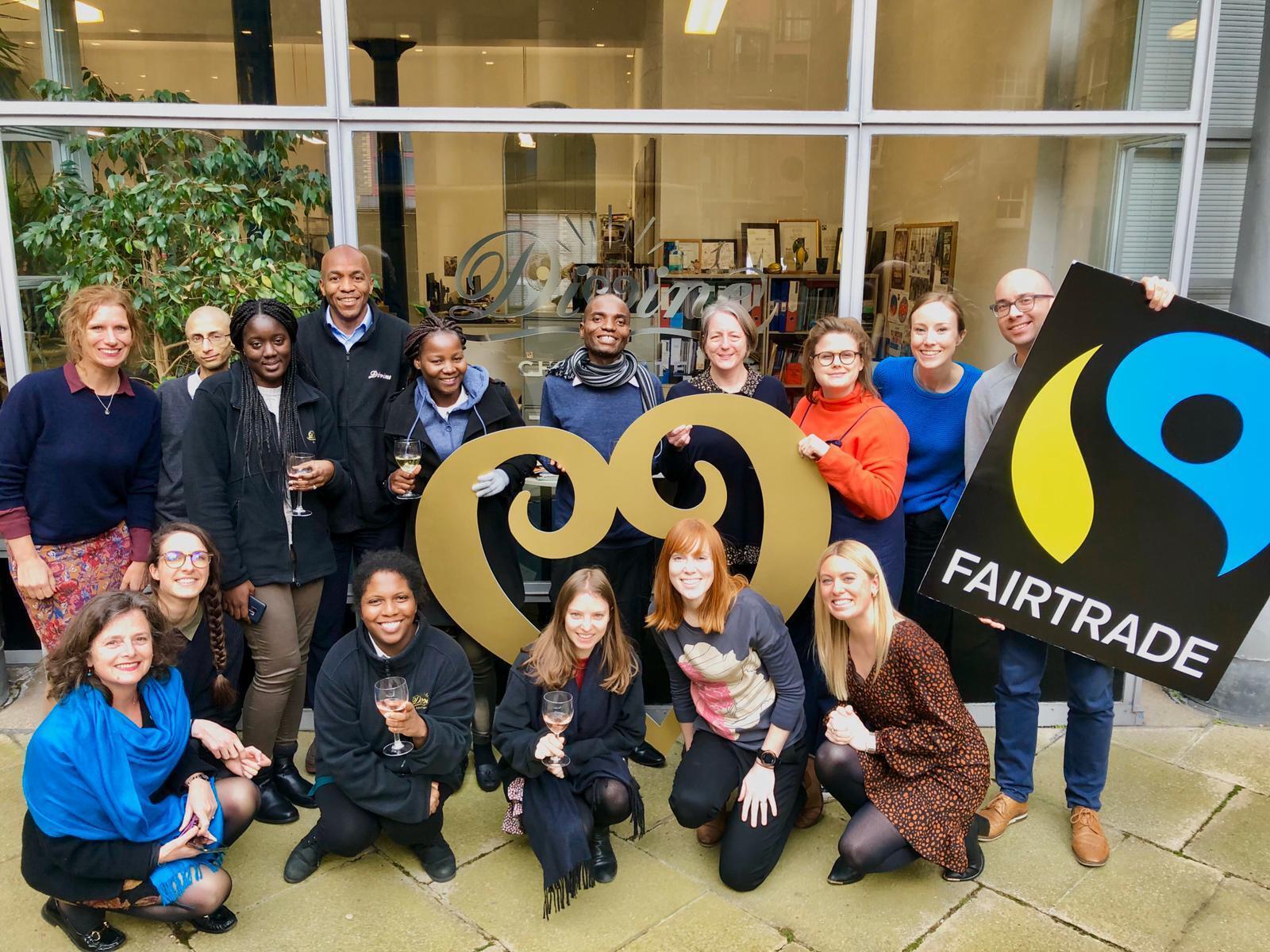 Ndiuzayani tells me: “Where I live in Chikwawa, there is a high rate of early pregnancies and early marriages. Many girls do not finish their studies because they fall pregnant and marry early. We see many girls who are married and with kids at just 15-16 years old. However now because of support from the government and from Kasinthula, girls are encouraged to go to school, as education is both the right and future for each and every person. We have now learned that being a female doesn’t mean you’re a failure, being a female means that you can do everything that boys and men can do. So, I too have the right to go to school, the right to get employed, the right to do many things, because I am also human and also capable of those things. Just because I am a female does not mean that I should get married, be a housewife, do nothing… No, I am more than this and I have proved this, and this is something that I would like to share about being a woman in Malawi”.

I ask Ndiuzayani about her dreams for the future. She responds with clarity and a glint in her eye: “Now that I have a degree in business studies, I hope that I can get a master’s degree, and in the future, I would love to have my own sugar cane farm - I want to own my land so I can be a farmer in my own right, and I want to be financially stable. I also want to be Fairtrade certified, as Fairtrade brings farmers together as you have to group together and be a cooperative, and so this links you to other people who are sowing their land and to people overseas. It is also my desire to help girls who cannot afford to go to school. I want to set up a charitable foundation where I can help young children, and especially girls, access education by offering scholarships. One thing I have realized is that early marriages happen because of lack of support and opportunities... It’s my dream that all girls have the chance to go to school so that they can be financially stable and be independent and rely on themselves so that they don’t rely on their husbands or parents. I know this is all possible because I went to university. If I can do this, others can too. I want the wellbeing of all girls and women. So, my plan is to that I will be a sugar farmer; lead a charity organisation and further my studies.”

Ndiuzayani really does embody Fairtrade, and is not only a bright example for young girls in Malawi, but an important reminder of why choosing Fairtrade over other products can make a significant difference in the lives of individuals, families, and communities, as well as influencing the global supply chain. Divine Chocolate currently supports women’s empowerment, sustainable agriculture and income diversification in Ndiuzayani’s Farmers’ Association, Kasinthula. This year, Divine is supporting the development of a maize mill run by women for community income generation and to reduce hours spent on unpaid work; a beekeeping project for income generation; a wood lot for fuel to minimise deforestation; and a female extension officer to engage with farmers, build relationships and champion the farmer voice in all activities.

This week Aubrey and Ndiuzayani made the long journey from Malawi to our offices in London. They are here to celebrate Fairtrade Fortnight, they have visited Co-op in Manchester and Oxfam in Oxford, K...