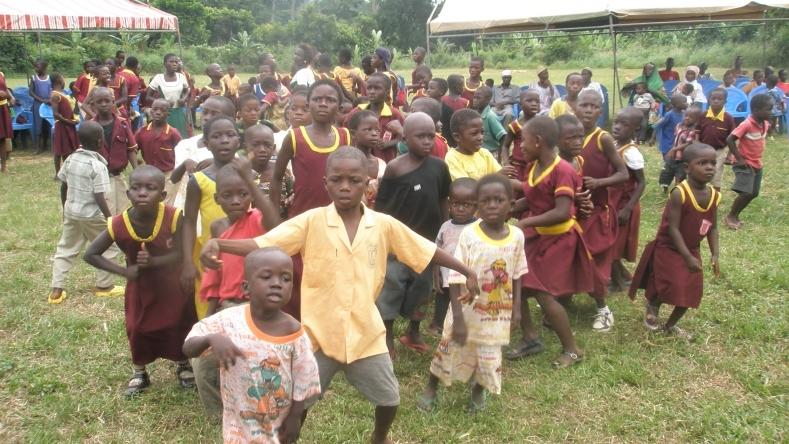 Monday 2nd August 2010: After driving for about an hour and a half from Kumasi, we arrived in Amankwatia to attend the formal opening of the new Junior Secondary School that Kuapa Kokoo has built. It was sponsored by The Manchester Co-operative to celebrate 5 years of sourcing Fairtrade cocoa from Kuapa.

They were also celebrating the building of the teacher’s house which had been paid for by Cord Budde the owner of the factory that makes Divine and The Co-operative’s Truly Irresistible range.

Despite the fact that the village had no electricity we arrived to the heavy beat of the sound system run by the young men of the village to the delight of the children who were all strutting their stuff. Once everyone had arrived, we sat under a canopy to protect us from the burning sun while we listened to the formal business. 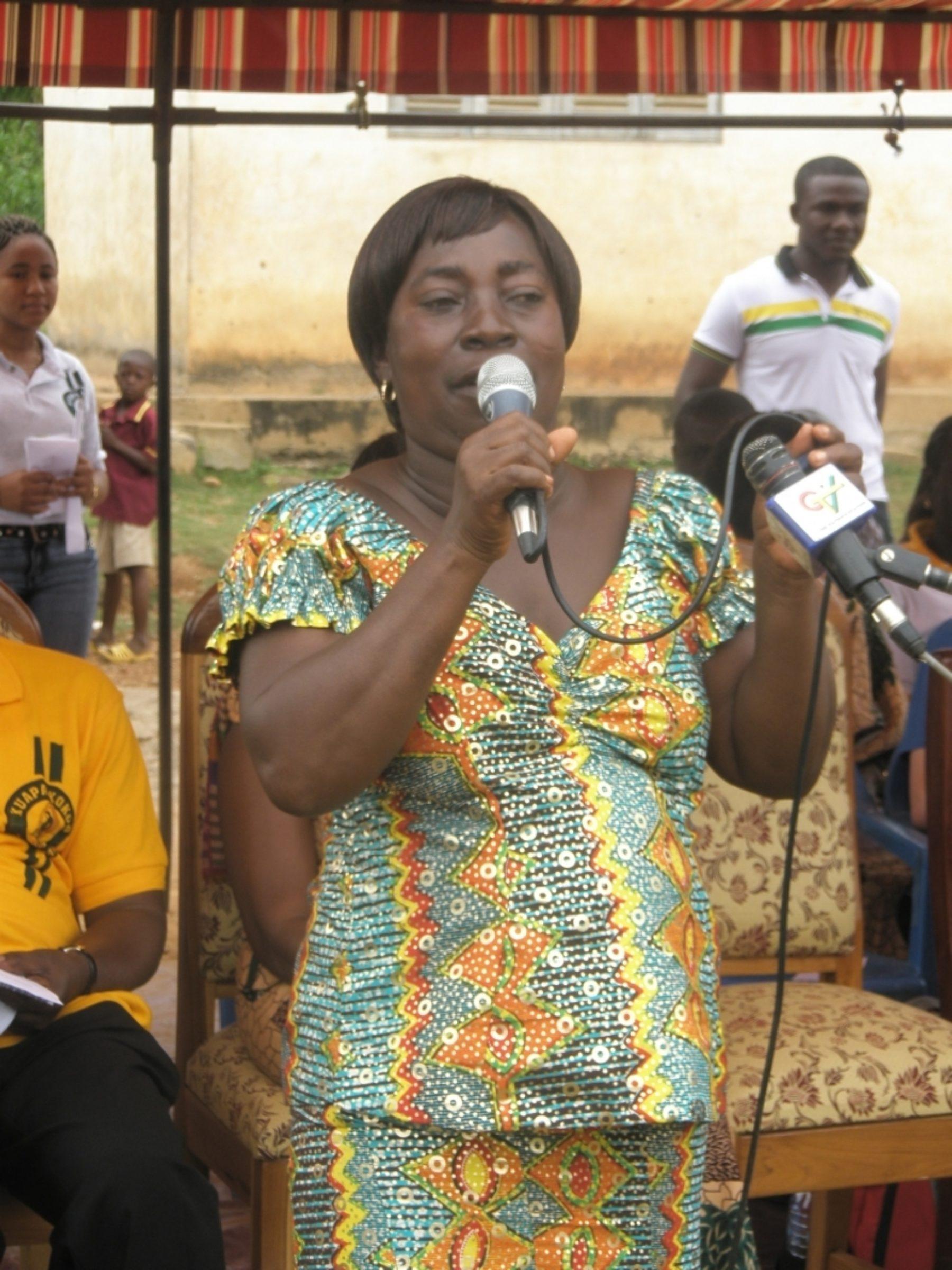 Ms Juliana Fremah, who is on the National Executive Committee (NEC) and is from Amankwatia, made the first speech welcoming us all to the village. 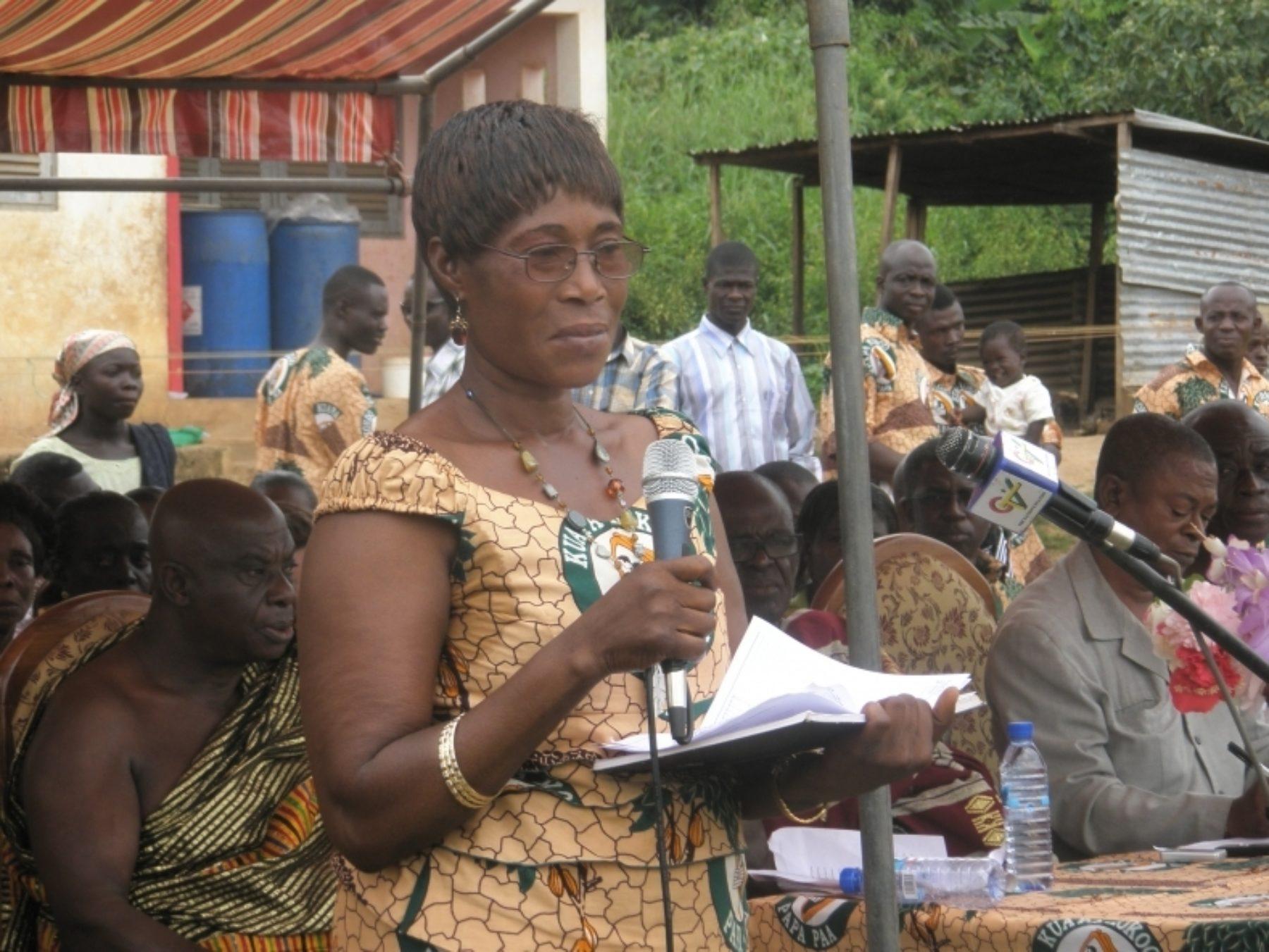 Ms Comfort Kumeah, the Chair of Kuapa Kokoo Farmers Trust, who had commissioned the school, spoke about how proud Kuapa was to build the school in this village and how important it was that farmers sell all their cocoa to Kuapa so that the co-operative can flourish and deliver more benefits to farmers. 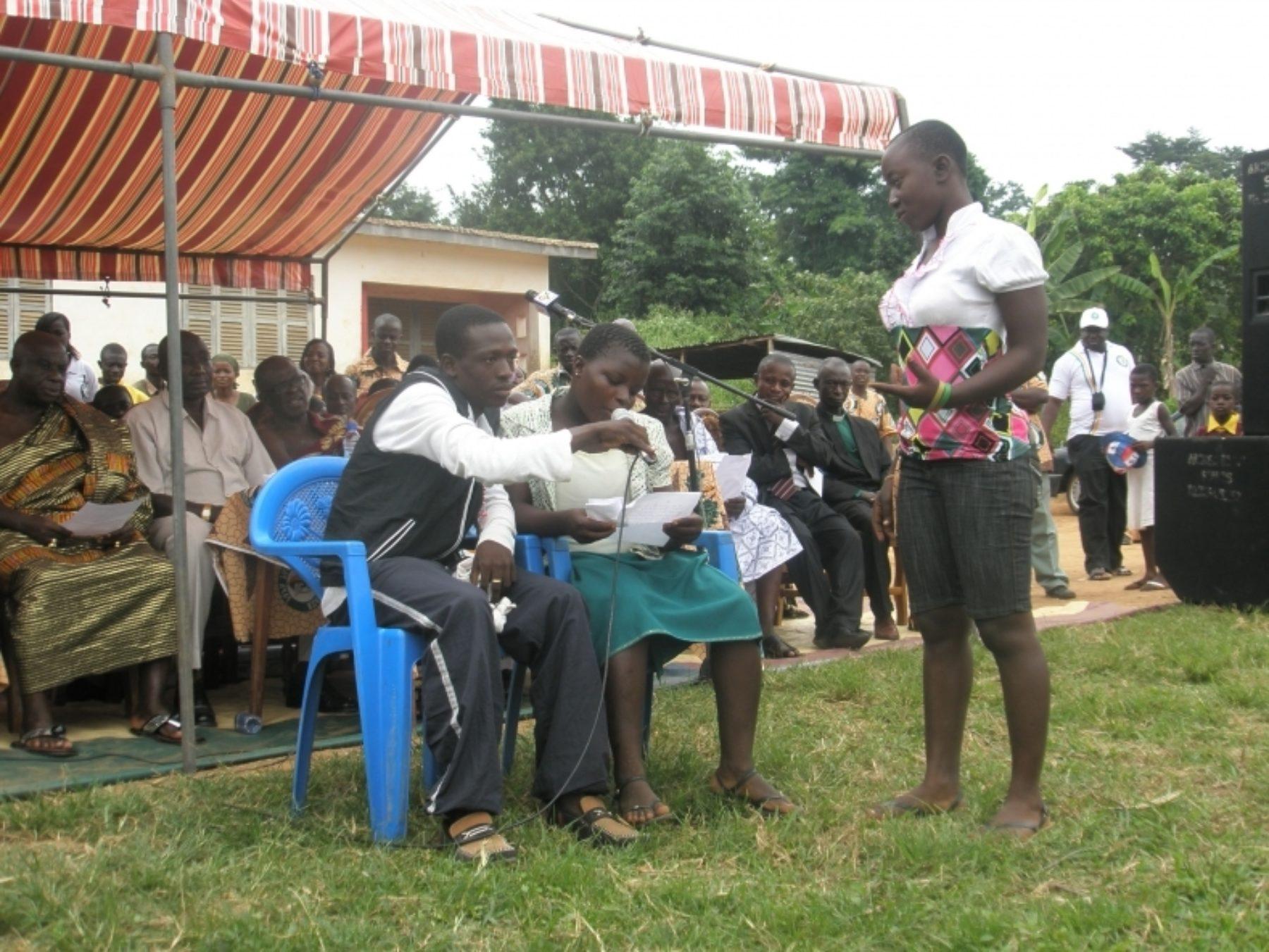 Role play - why educate it is import to educate your daughters

Nicholas Adjei-Gyan was the MC and introduced children from the village performing dances and singing songs and doing role play illustrating how important it was to educate your daughters. 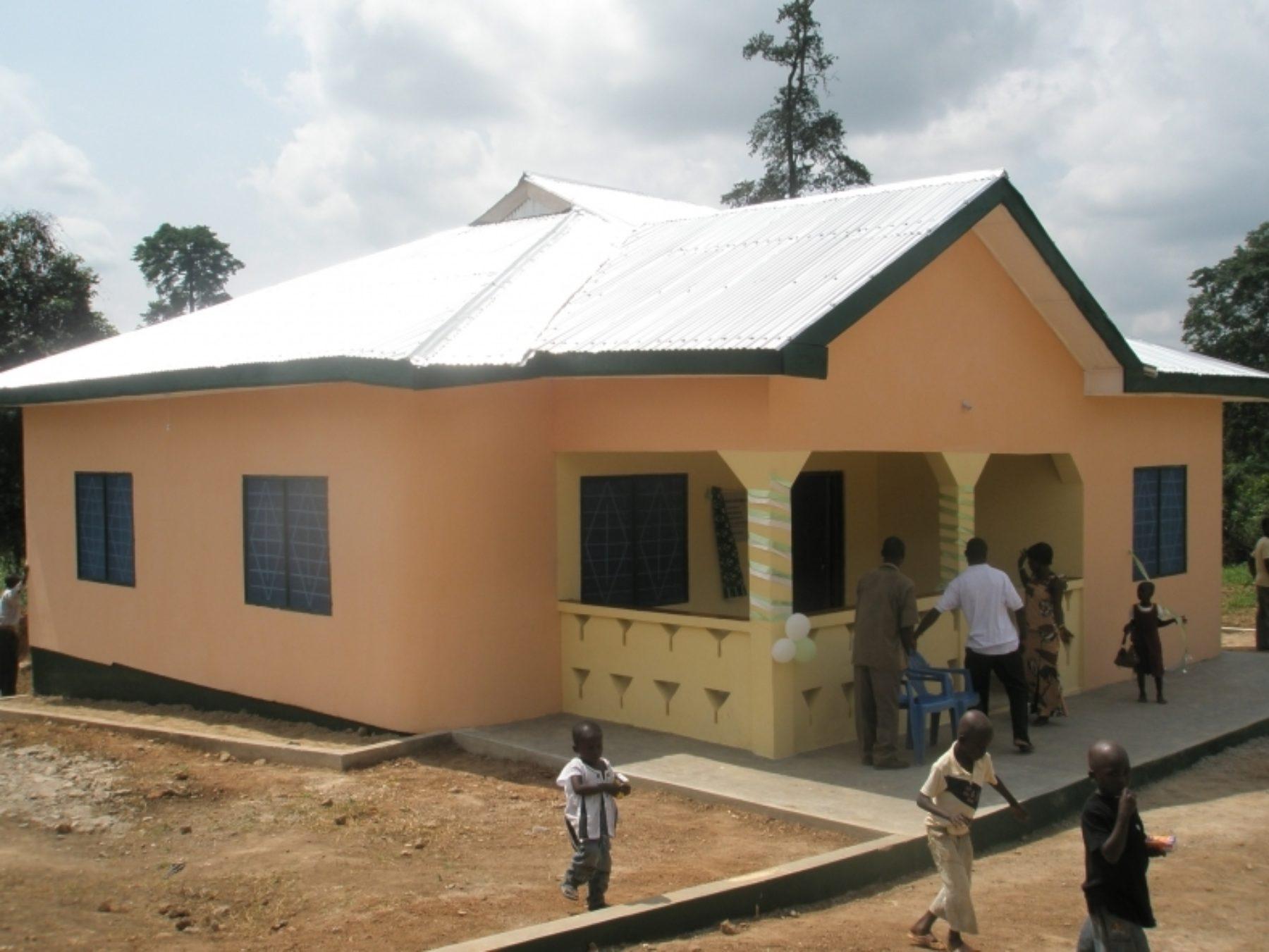 The local representative from the Salvation Army which is going to run the school was keen to see if anyone can supply desks and chairs for the children to use. I made a speech on behalf of The Co-operative and Cord Budde celebrating the formal opening of the building, and emphasising that is was only possible because of Kuapa Kokoo, and that all the farmers should continue to sell their Pa Pa Paa cocoa to Kuapa so that Divine and The Co-operative can continue to support them by buying their cocoa. Nana Wiafe Akenten III then unveiled the plaques, first in the school and then in the teacher’s house and everyone looked inside Then a celebratory feast of food was shared by everyone. 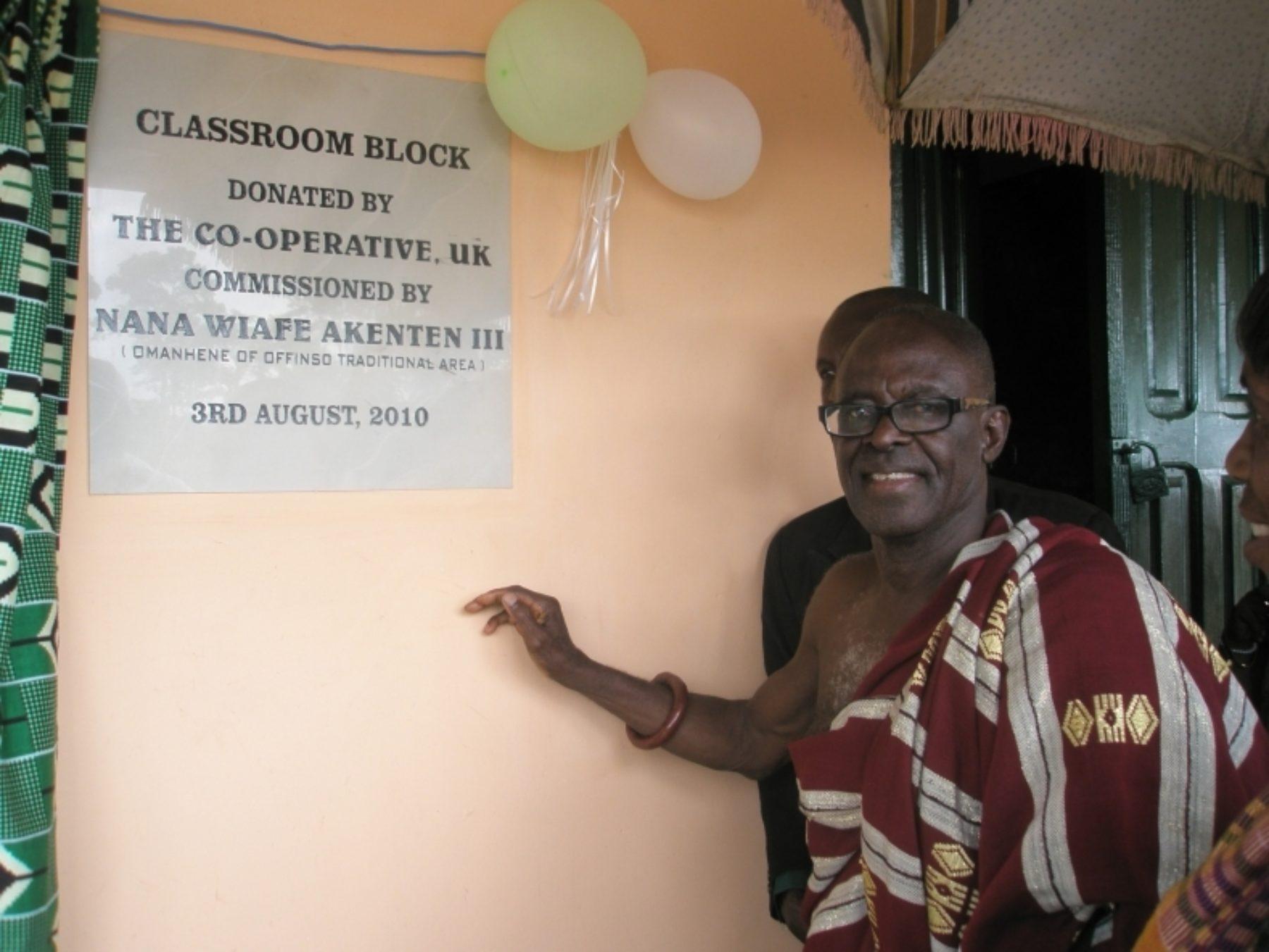 NB Junior Secondary schools are for children from 13-15 (at this age education is no longer free). It hopes to have 75 children in 3 classes.

When you are a farmers’ co-operative with 85,000 members, many of whom are almost illiterate, living in village societies spread all over the Western and Central regions of Ghana often deep in t...