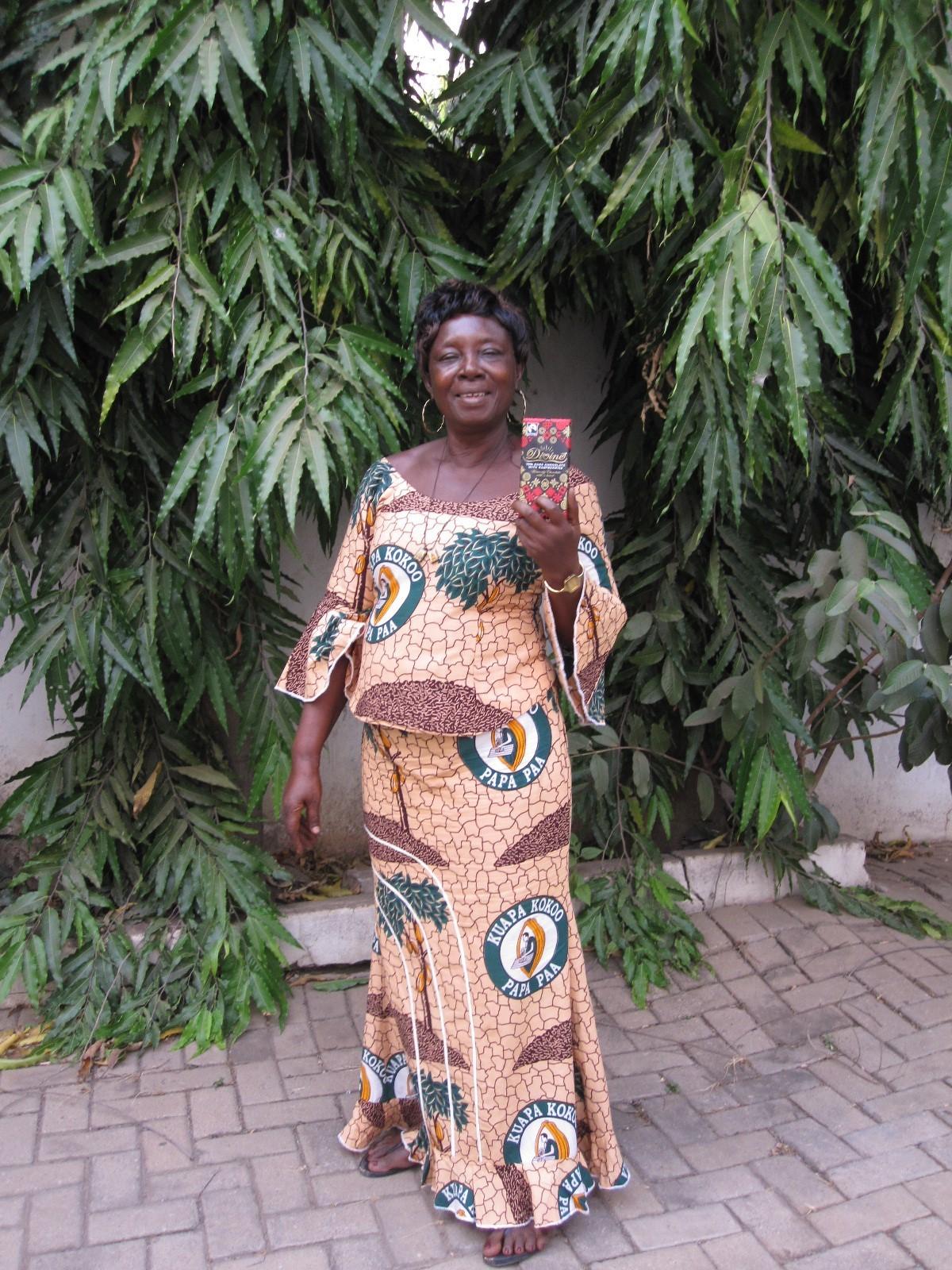 Mary, age 60 at the time of her interview in 2018, has been a member of Kuapa since 2012. She was elected Treasurer of the NEC in 2014 with unquestionable support from her peers. She lives in a village called Adumline Western South, which is in the Enchi district in the Western region.

Mary says, “I joined Kuapa because I liked the company. I thought that they helped a lot, they were transparent and democratic, and they didn’t cheat. With Kuapa, I feel at ease.”

Mary took over the farm that she grew up on from her parents. Her mother is nearly 90. Mary speaks especially good English. She says this is because she is an only child and was able to stay at school until she matriculated at 15. Her parents couldn’t afford to send her to college, but she loves English and loves reading stories. At the time of her interview, she was reading The Thornbirds, which was gifted to her by a visiting Englishman in Enchi.

Mary is a Catholic and she is also in the choir and enjoys singing. At a Kuapa Kokoo Annual General Meeting (AGM), Mary plays a crucial role in ensuring Kuapa fulfils its commitments in transparency of co-op operations and fairer democratic practices.

In conversation about how Kuapa could attract more women members, she explains that “if you get women to attend village meetings, that makes them want to join.” Then, the Kuapa Executives interview them to see if they are serious. Then, you register them on a form which includes their name, date of birth, and how many acres they own.

The benefits of joining a co-op, as explained by a farmer

Germenia is a cocoa farmer who lives in the small community of Mendes da Silva, south of São Tomé town, deep in the tropical rainforest. She was born in 1975 and is married with five children, three...