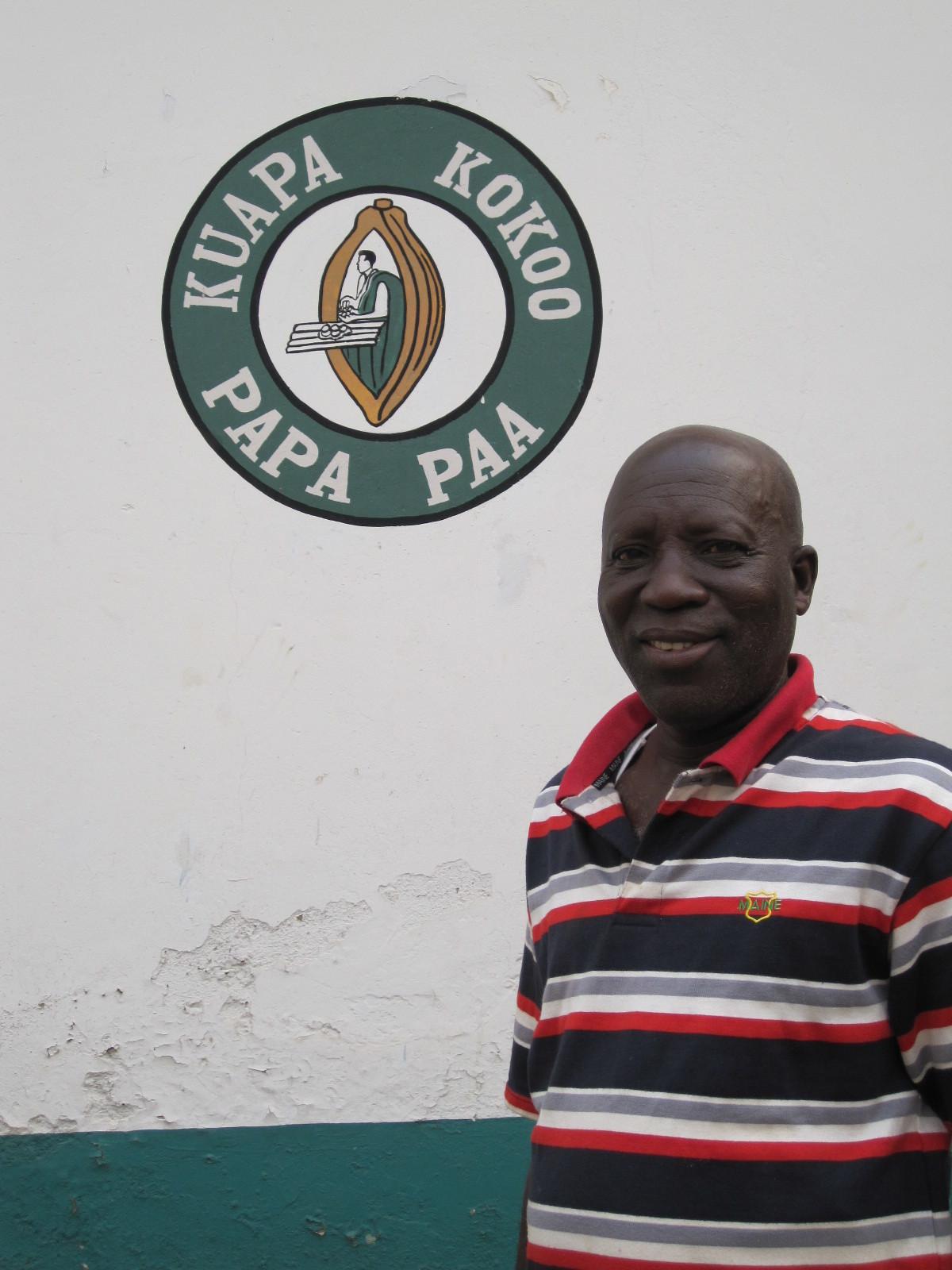 Afriye Kwesi Boateng, 69 years old when interviewed in 2013, has been a cocoa farmer since 1993 and a member of Kuapa Kokoo since 2003. He is from Eastern Region, and his society is Anyinase in Akyem Oda District. His farm is 15 acres, and he produces about 38 bags of cocoa each year. The farm belonged to his grandmother who left it to him so that he would be better able to care for his four children (1 boy and 3 girls).

He joined Kuapa Kokoo because it had a reputation for being fair and honest. He was so impressed with how farmers were treated by Kuapa that he decided to stand for election, and he served as a district president for several years. "I helped to open so many new societies for Kuapa in my district. There are now 32 village societies, and my society is the second largest producing society for Kuapa in the region."

Access to adequate toilet facilities is a real challenge in rural areas and it leads to unhealthy conditions in villages. Afriye worked with the farmers in his society to petition for a new toilet block for the society that was built with money Kuapa Kokoo received from Fairtrade premiums. "Farmers appreciate having the toilets, and they then know that Kuapa cares about their well-being".

In 2013, Afriye and fellow co-op member Christiana Adusei were invited by the Divine Chocolate USA team to participate in a series of events across the United States. He had never travelled outside of Ghana, and when interviewed he mentioned how excited he was to come to the USA and see the White House where Barack Obama lived.