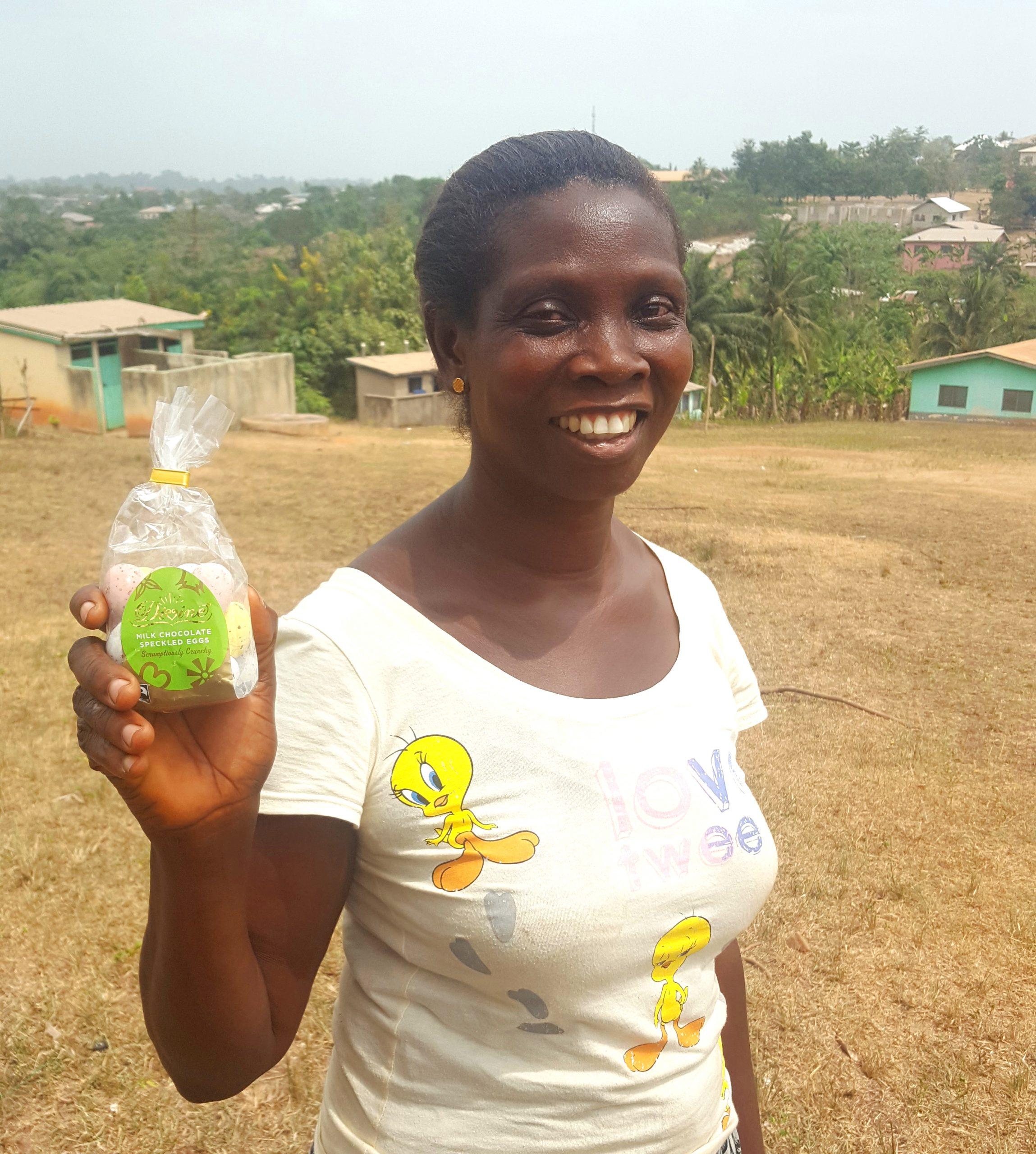 Mary was given three acres of land from her husband. On average, she would usually produce ten bags of cocoa. After a bad yield one year, she was unable to produce her usual harvest. Upon learning of Kuapa Kokoo’s good agricultural practices she decided to join the co-operative in 2013.

Mary attended school until she was about 10 years old so she has the ability to read and write. She has learned from her children, too, so she knows a bit of English.

Mary Naah serves as Treasurer for the gender group that was set up in her community in the village of Tanokrom, Suibo zone, Dadieso district. In this group, the members learn how to participate in alternative income-generating schemes.

She collects donations at the gender group meetings so they are able to spend money on the materials they need to help sell their products. In the group, they also provide training for women on record keeping to enable them to track their expenses and improve their habits of saving.

Alongside her responsibilities as Treasurer, Mary goes to the market every Thursday to sell things she grows on her farm, including tomatoes (which she picks on market day so they are fresh), okra, and eggplant. She also feeds her family with home-grown vegetables.

Mary uses her spare income to pay for her children’s tuition and university fees. She has 9 children in total, so generating an extra income is vital. Three of her sons that live at home with her are also cocoa farmers. They have learned everything they know from their highly skilled, financially independent, and knowledgeable mother.

Mary is an example of the great work that Kuapa Kokoo is doing to achieve greater empowerment for women in the co-operative. Without this commitment, cocoa farming would not be possible.