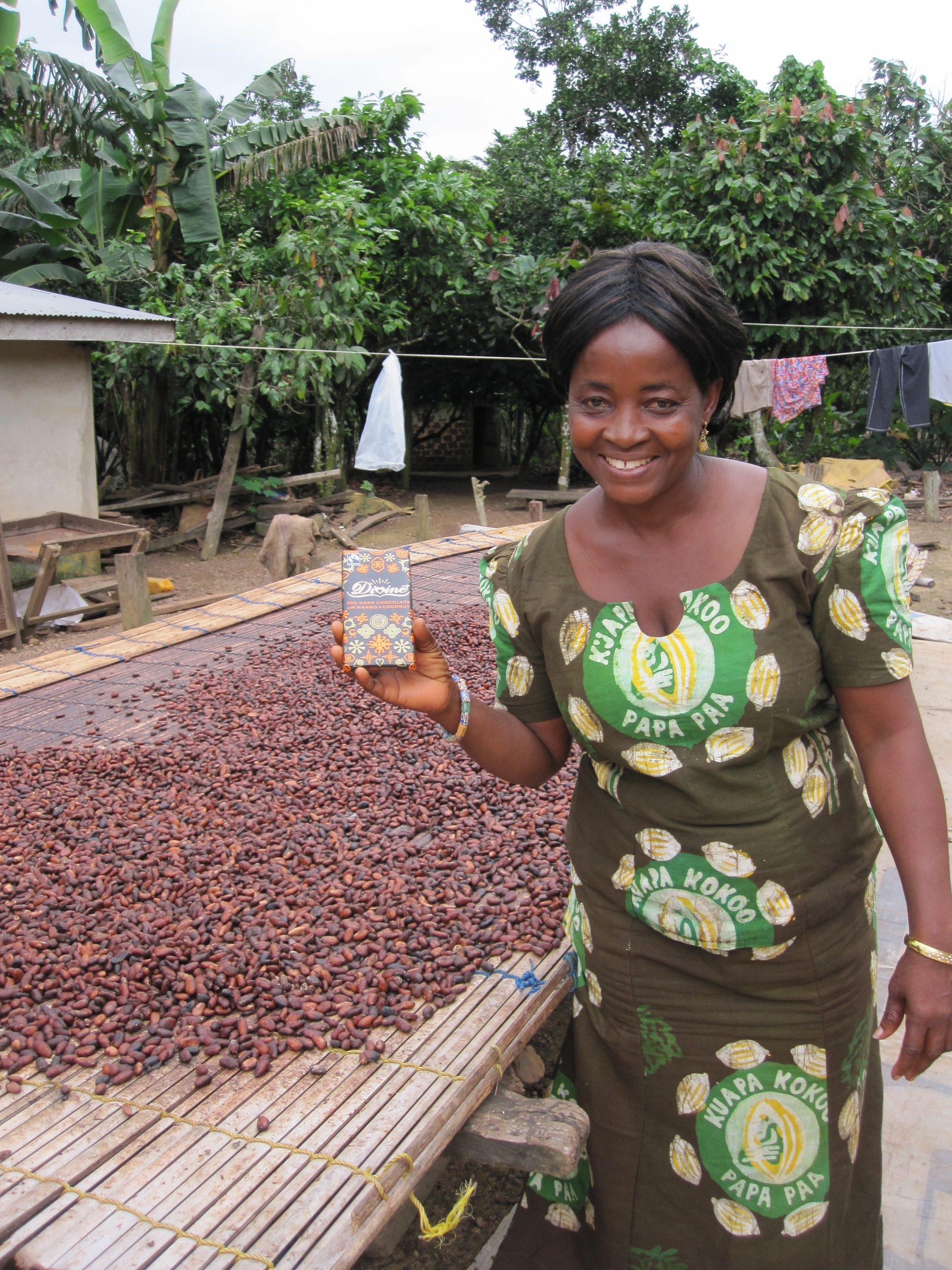 Mercy Zaah was born in 1963 and started cocoa farming in 1986. She is from Krobo Odumasi in the Eastern Region of Ghana. She and her husband Joseph have five children.

Mercy has a 12-acre farm and is able to harvest 90 sacks of cocoa per season on average. She joined Kuapa Kokoo in 1999 because “they care for their farmers.”

Her parents had joined Kuapa Kokoo five years earlier, and over those years Mercy became increasingly aware of the difference in the way her parents were treated as part of the co-operative and how that differed with her experience of selling to state cocoa buying company (PBC).

“When we sold to the PBC, we didn’t get paid on time, and we were sometimes cheated at the scales. When selling to the PBC, there was no relationship beyond the point of purchase. There was nothing more for farmers”

According to Mercy, joining the co-operative was good in many ways. "From the Fairtrade Premium, we farmers receive a bonus every year, and with it I have paid for my five children to be educated. My eldest is now qualifying to be a nurse.”

“We have also benefited from being given a machete every year, and in my village we now have clean drinking water from a water pipe. This has made a great difference to the whole community – not just cocoa farmers.”

As Mercy continues, “It’s good for women in Kuapa Kokoo. We learn skills to help us generate more income for the family, and we also have a voice in decision making in the co-operative.”

Mercy’s commitment and loyalty to Kuapa over the years have resulted in her colleagues electing her as the Treasurer of Adiyaa society and also as the President of the Women’s Society.

Mercy is also the current Vice President of the Dadieso district, a position she was elected to in 2010. She is a very hardworking cocoa farmer who works on her farm Monday to Friday.

Her favorite food is banku (corn dough balls) and stew. She enjoys sewing in her leisure time.