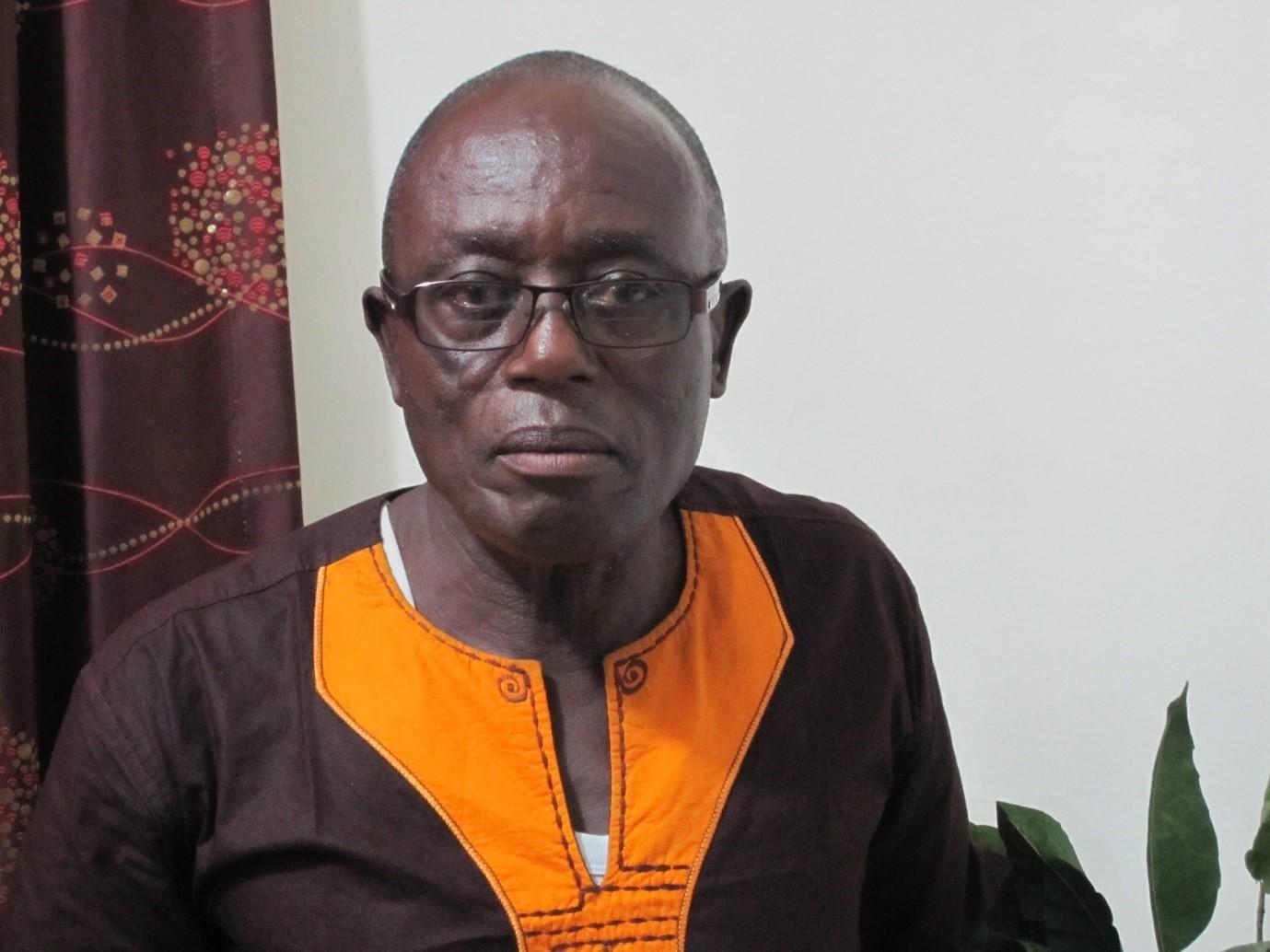 He comes from Ankosia and is District President of Wassa Akropong. His district is the 4th most productive in terms of the amount of cocoa that they deliver: 31,219 (64kilo) bags in 2013/14.

He joined Kuapa in 2003 because he was aware that they had good incentives, like bonuses and machetes. But, he also knew that there was good training, education, and very good agricultural officers.

He has 3 farms that are respectively 8, 4 and 5 acres. Sampson often performs better than average in the production of his cocoa crop and attributes it to pruning and spraying without fertilisers. He has used the income from cocoa to pay school fees. He also grows plantains and cassava, but not maize because it is not compatible with cocoa seedlings.

Sampson is a keen football fan. He likes listening to the football matches on the radio and supports the Premier League football team Hearts of Oak (the Accra team). Hearts of Oak have the formidable slogan of “Never say die till the bones are rotten.”

In 1979, he played football at a professional level as part of the cocoa plantation project. As a young man, he worked hard chopping down fir trees with an axe, and now he is praised for his hard work in his district.

He was elected on to the NEC in August 2014 because people appreciated his strength, resilience, and determination.