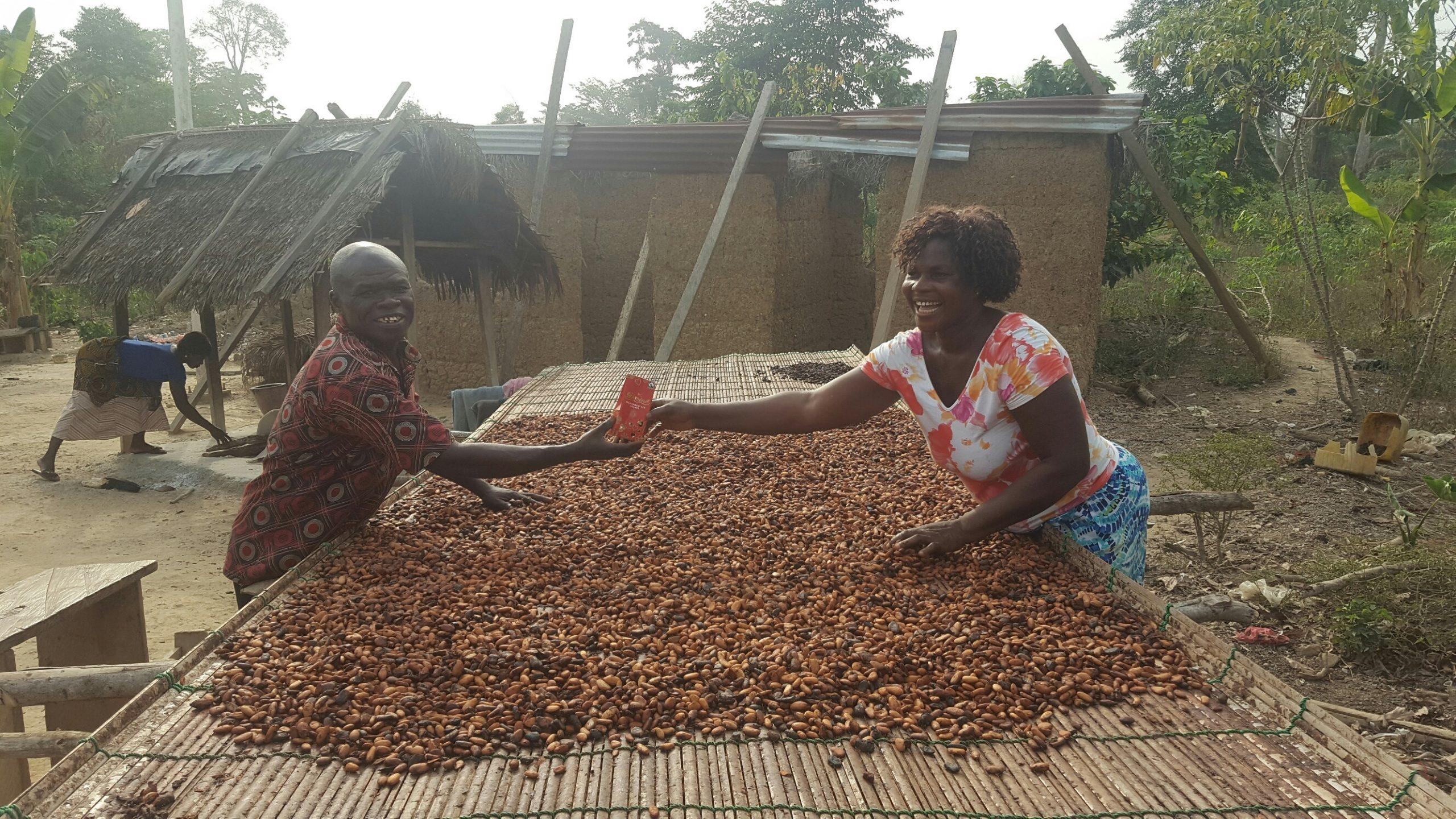 Yaw and Agartha Agyeiwaa, respectively ages 56 and 45 at the time of this interview in 2017, have a family of six children.

Yaw decided to become a member of Kuapa when he realized the co-op offered opportunities to grow his business. These opportunities included receiving a share of Divine Chocolate's profits and investing the Fairtrade premium into a corn mill machine in his community.

He joined in 1997 and was immediately elected as a Recorder.

In 2014, Yaw was elected President of his village, called Dadieso.

Yaw also owns five acres of land himself, which his family helps him harvest for cocoa.

As a member of Kuapa Kukoo, Agartha is able to access the same support and training as her husband. She owns two acres of land, which generates about ten sacks of cocoa. The Kuapa extension officers who visit to provide support believe that it’s possible to produce more cocoa on her farm. Thanks to Kuapa and Divine’s work in women’s empowerment, she is able to learn how she can improve her yield and diversify to increase her income. As Agartha says, "When cocoa is no more (out of season), it means we do not sit idle. Instead we work hard so we can financially look after our families." With her extra income she is able to ensure that all of her children can attend the local school.

Agartha is also instrumental in the community. She was elected as the President of the Women's Group for her community. She arranges the meetings, sets the agenda, and takes a lead role in the discussion. She enjoys all that they learn: "I am proud of our Women's group and what we've done together over the last three years.”