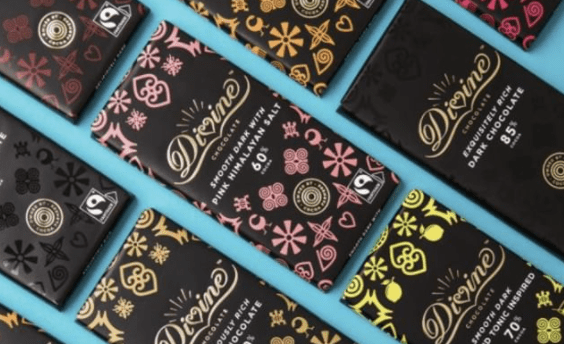 In 2013, delegates at Kuapa Kokoo’s Annual General Meeting (AGM) voted to pilot a formal, written tenancy contract with members as a way of regularising and monitoring the terms and conditions of such labor arrangements. As such, Twin began working on the ground with Kuapa Kokoo members to help develop more formalised arrangements between farmers and tenants. By 2015, 130 member/tenant pairs had signed these contracts, supported by labor committees established in 23 communities to oversee contract administration and mediate any disputes.

The evaluation of the pilot at the end of 2016 indicated that both members and tenants, despite initial reluctance, found the formalisation of their arrangements to be reassuring. They found it helped to secure reliable labor for the members for a defined period of time and to provide tenants with a clear understanding of what was expected of them, as well as an opportunity for them to receive training and improve productivity.

“With the tenancy agreement in place now, I know what is expected of me so I do my work well. The roles each party has to play have been stated in the agreement which has made working together easier. I feel more secure now. I know the farm owner cannot just take the farm from me. We cannot make changes to the contract until the time stated in it elapses. Changes can only be made in the new agreement.”

As of 2018, a roll-out plan has been developed by the Project Manager, focusing initially on the towns of Dadieso and Wasa Akropong in the Western Region of Ghana. The Ghanaian company Participatory Development Associates (PDA) was commissioned to provide monitoring training for the Project Manager and Kuapa Kokoo Internal Control officers (KKICs) and to establish a Monitoring and Evaluation framework.

From the start, this project has been conducted in consultation with farmers, and members have been able to clarify their roles and their expectations of the project before giving their support. Awareness raising meetings were held in 47 villages in Dadieso and 48 in Wasa Akropong, reaching 1729 farm owners and 910 tenants (35% women overall). As a result, all villages have nominated and confirmed their Labour Rights Committee (LRC) members (each comprising the Recorder, an ordinary member and a tenant representative).

Of the total 186 committee members, 33 (17%) are female and 153 are male. Subsequently 194 participants (34 women and 160 men) comprising the Labour Rights Committee members, Zonal Executives, SEC and KKIC/RSC Officers attended capacity building training sessions for society and zonal leaders (at a village and district level) in Dadieso and Wasa Akropong.

The farmer representatives have been trained on core issues including their relevant role on the project; facilitating signing beneficiaries on tenancy contracts; an Alternative Dispute Resolution mechanism; child labor; as well as monitoring and evaluation. There is now a finalised tenancy agreement template which has been distributed to all beneficiary farmers, and a process by which the application of the formal agreements will be monitored and evaluated by a dedicated team.

In addition to the two income streams farmers receive that are connected to Fairtrade (minimum price & a premium) and the dividends Kuapa Kokoo receives from co-ownership, 2% of Divine’s annual turnover is invested in a Producer Support and Development fund (PS&D). This directly funds specific Kuapa projects, with a proportion also going towards projects with farmers in other areas of Africa. These initiatives are aligned with the UN’s Sustainable Development Goals and include projects such as delivering training, helping with governance, and promoting gender equality and land rights.

The PS&D programme is delivered in association with Divine’s partner Twin and Twin Trading Ltd., a major shareholder and founder of Divine Chocolate Ltd. Twin is a pioneer and leader of the fair trade movement, working to build better lives for the poorest and most marginalised in the trading chain.

Creating a World Where Chocolate is Cherished By Everyone, Including Cocoa Farmers

In March 2017, Divine Chocolate welcomed to the United States Mercy Zaah, a cocoa farmer from Ghana who was visiting as a representative of Kuapa Kokoo, the farmers’ co-op that co-owns Divine Chocol...

Since 2014, Divine and Kuapa Kokoo have had a continued focus on literacy and enhancing Kuapa’s communication across its membership. As such, Kuapa Kokoo began working on a new partnership with the ...

In 2015, we began supporting an intensive program in two Kuapa districts in the Western Region, where most of Ghana’s cocoa is grown. The aim was to make an impact on farmer livelihoods by increasin...