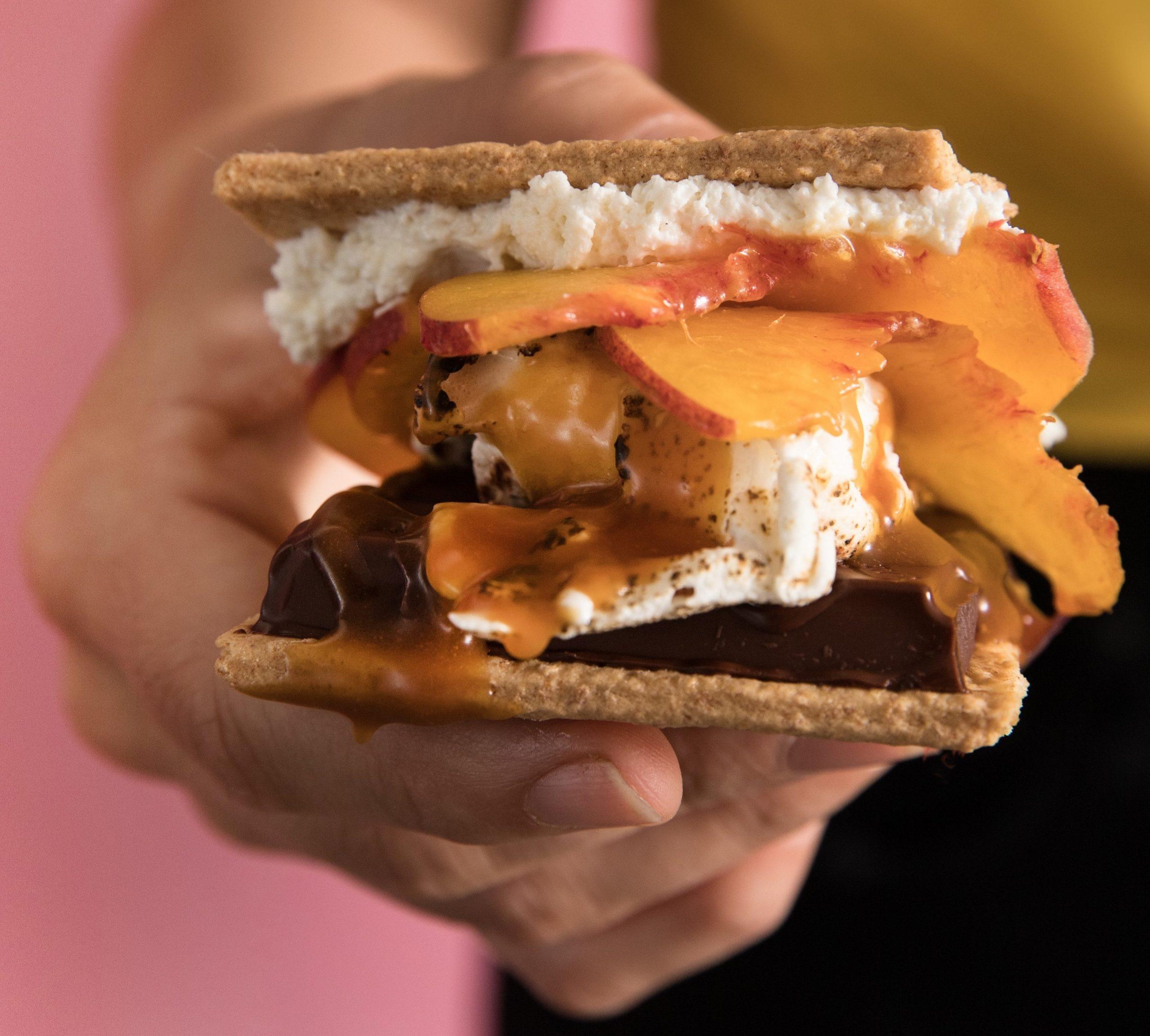 We are proud to feature this inventive s'more created by Cortnie Damon Parson, winner of the 2018 #MakeSummerDivine campaign!

Break a graham cracker into 2 halves and place a couple squares of the Divine Chocolate bar on one of the halves and a marshmallow on the other half.

Place both halves in your toaster oven or over face up and turn on to broil for about 1 minute.

After removing from the oven, spread some whipped cream cheese and add fresh peach slices.

Drizzle caramel on top for a sweet finish, combine both halves and enjoy!