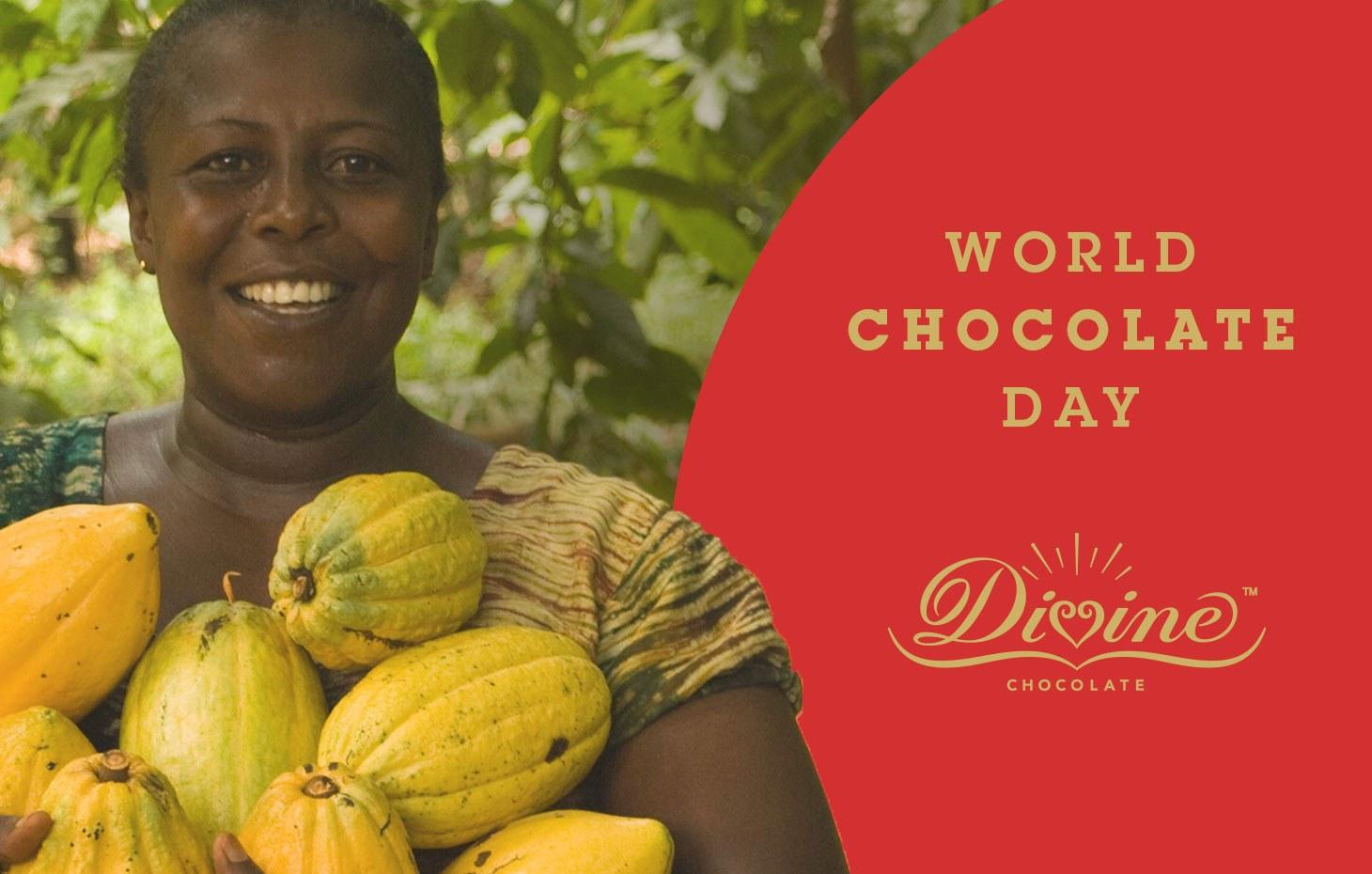 What is vegan chocolate? (H2)

The purest chocolate is naturally vegan – after all, cocoa comes from a plant – and Divine use a winning combination of sugar and 100% cocoa butter (no vegetable oil here, thank you) to create their famous melt-in-your-mouth texture.

However, there’s a bit more to gorgeous chocolate than ingredients alone. The vegan chocolate making process has quite a few steps:

Chocolate is derived from cocoa beans — these beans are technically dried and fermented seeds from the Theobroma cacao tree. From the tree, these seeds (also called beans) come from a fruit called a cocoa pod.

Harvesting is very labor intensive. When the farmers cut the pods from the trees, they must be extremely careful in order to avoid damaging the rest of the tree. The pods are then split open with huge, sharp-bladed knives. Then, the slimy pulp containing the beans is scraped out.

Fermentation is a vital step in developing the cocoa bean’s ‘aromatics’. The beans are piled into heaps, and dark green plantain leaves are then wrapped around the beans. These ‘parcels’ are left in the heat for 5-8 days to ferment.

As a final step, the beans are dried. To dry them, the beans are spread out on large tables in the sun and turned regularly to ensure they dry evenly and do not stick together. The drying process takes about 7-12 days.

They are roasted between 248-300ºF. After roasting, the beans are crushed to release the internal “nib” from the shells and then transported through an air tunnel.

The cocoa butter and cocoa mass are combined in varying proportions, followed by the addition of sugar. This mixture is then stirred continuously over several days and slowly cooled while still moving in the machine. The resulting mixture forms the basis of most finished chocolate products. Other ingredients such as nuts can be added as well as any flavourings.

Animal farming harms the environment and has a larger carbon footprint, so a vegan diet is less damaging to the planet as well as being better for your health.

A bar of vegan chocolate may seem like a small luxury to us but our partnership with the cocoa farmers who co-own the company is living proof that chocolate can deliver positive change. And needless to say, their vegan chocolate is palm-oil free, Fairtrade and is free from artificial flavours and GMOs.

Ecotricity are the only energy supplier in the UK to offer vegan power – you won’t believe what goes into other suppliers’ fuels – and they’re registered with The Vegan Society and Viva! for their green electricity and green gas.

Divine chocolate and Ecotricity combatting the climate crisis together (H2)

We’ve been partnered with Ecotricity since 2013 and in that time we’ve worked together in the fight against climate change.

Divine is the only chocolate company in the world which is 100% Fairtrade and owned by cocoa farmers. While Fairtrade ensures farmers receive a better deal for their cocoa and additional income to invest in their community, company ownership gives farmers a share of Divine’s profits and a stronger voice in the cocoa industry.

Ecotricity are Britain’s greenest energy company. They aren’t isn’t just about 100% renewable electricity and green gas, they go further than any other UK energy supplier to make sure everything they do goes towards building a greener Britain and fighting the climate emergency.

We’ve got a tasty selection of palm oil free goodies up for grabs! We’ve teamed up with our friends at Meridian Foods to give you the chance to win this drool-worthy bundle! Win a 3 months supply ...