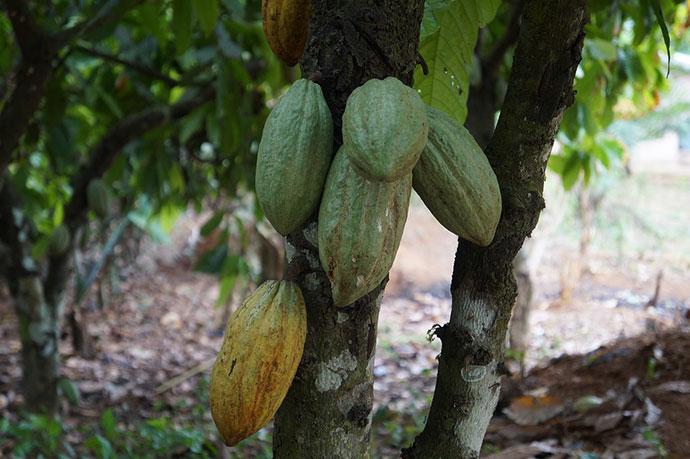 The history of cocoa spans over 2000 years. We'll take you through it in this article in just fifteen minutes. From the rituals of the Mayan civilisation, through the mores of 18th century Europe to the modern production of Cocoa in Ghana. 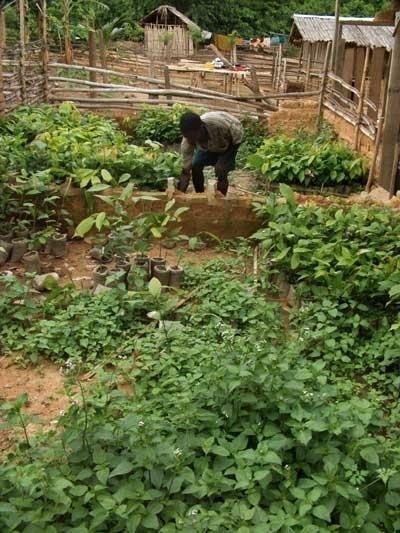 THE HISTORY OF COCOA

Theobroma cacao, or as it is more commonly known, cocoa is indigenous to the Amazon Basin and tropical areas of South and Central America and was first cultivated there over 2000 years ago. It formed the basis of fascinating rituals and social systems throughout the "New World". The Mayans believed cocoa to be the food of the gods and it was one of their most important sacred plants. Cocoa also served as currency: you could buy a slave for 100 nibs (cocoa beans), a rabbit for four nibs, or the favours of a women for ten nibs.

Cocoa was first introduced to Europe in the fifteenth century by Christopher Columbus who brought some back to Spain after his travels in the "New World". It was heavily taxed and therefore remained a drink exclusive to the upper classes. The Spanish kept the secrets of cocoa to themselves for over a century and when Francis Drake captured Spanish galleons at sea, his crew threw the sacks of cocoa beans overboard, thinking them useless.

In Britain a wealthy "cafe society" grew up around the luxurious chocolate houses, where the Jacobean landed gentry met to drink hot chocolate. In 1828 Coenraad van Houten, a Dutchman, invented the cocoa press which extracted the cocoa powder from the cocoa butter. The powder made a smoother drink and the butter, when combined with more cocoa powder and sugar, made the first chocolate.

This revolutionised the cocoa industry. Cadbury's invested in the machine and is credited with producing the first chocolate bar in 1842. They made chocolate an affordable treat. What had been an exclusive pastime for the upper classes became a mass market product in the form of bars and boxes of chocolates with flavoured centres. In fact, throughout the 19th Century enterprising Quakers attempted to turn poorer working class people away from "Dutch" gin to the "more nourishing and healthy alternative" of chocolate and cocoa. In 1875 Daniel Peters, a Swiss man, added Henri Nestles condensed milk to chocolate and the two men are accredited with the invention of milk chocolate.

The expansion in consumption, combined with the labor shortages due to short life expectancy on Brazilian cocoa plantations, led to the gradual expansion of production, into the Caribbean and mainland Africa by the late 1870s.

Cocoa cultivation began in Ghana, according to the legend, fostered by a blacksmith called Tetteh Quarshie, who, in 1895, returned to his farm in the Eastern Region of Ghana with cocoa beans "in his pocket" from the island of Fernando Po (now Bioko) in Equatorial Guinea where there was already intensive plantation production of "slave-grown" cocoa.

Cocoa was first exported at the end of the 19th century, and between 1911 - 1976 Ghana was the world's leading producer, contributing between 30-40% of the world' s total output.

Due to the importance of cocoa in Ghana, both in terms of its effect over the lives of these cocoa farmers and to the Ghanaian economy, the government of the 1930s took over control of the industry. They set up a buying monopoly for all the cocoa produced in Ghana. This body, first under colonial control, and then the independent Ghanaian government, was intended to protect the farmers from price fluctuations. Whilst it failed to really ensure a better price to the farmers, they did receive additional help from the other bodies set up by the government body (now known as Cocobod) such as a Research Institute, subsidised inputs such as fertilisers and a Quality Control Division. It is these services that, in part, have preserved Ghana's reputation for high quality cocoa.

In the late 1970s the world market price for cocoa plummeted by two thirds. Ghanaian cocoa farmers were getting less than 40% of the world market price from Cocobod and so many stopped producing cocoa altogether. The situation worsened after the droughts and accompanying bush fires of the early 1980s and production in Ghana fell from a third of the world's total in 1972 to just 12% of total world production. At this stage the World Bank and International Monetary Fund intervened with a Structural Adjustment Programme to "rescue" the economy. Although this programme has had quite a negative effect on the lives of the farmers, through the increase in the cost of living and farming inputs, it did include a partial reform of the internal cocoa market. The liberalisation process included granting private companies licenses allowing them to trade cocoa.

There are currently around 1.6 million people involved in growing cocoa and many more in associated industries.

Cocoa is now cultivated in six regions in Ghana: Western, Central, Brong Ahafo, Eastern, Ashanti and the Volta regions. At its peak it accounted for about 66% of the country's foreign exchange though has now declined to around 35 -40%.

An overview of the small co-operative of cocoa farmers in São Tomé, CECAQ-11, who produce the cocoa for Divine’s Organic range. São Tomé is a volcanic island, covered in lush, verdant rainfo...

B Corp: Divine as a Force for Good

Divine Chocolate is proud to be a Certified B Corporation® since 2016. B Corporations are leaders of the global movement of people using business as a force for good. There are over 2,500 Certified...

Britons munched their way through over £37.5m worth of Fairtrade chocolate in 2008 (Source: The Independent, 12 October 2010). COCOA CULTIVATION Chocolate is actually made from a fruit – the cocoa ...