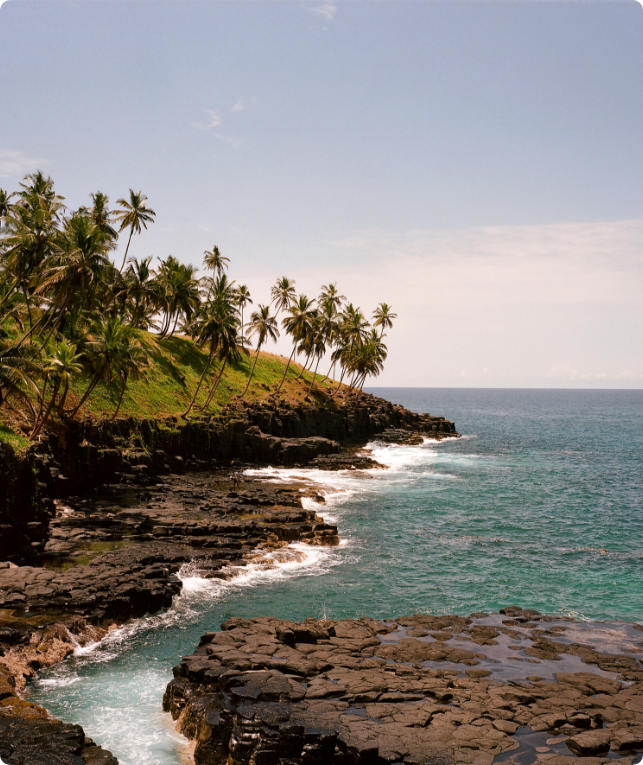 An overview of the small co-operative of cocoa farmers in São Tomé, CECAQ-11, who produce the cocoa for Divine's Organic range.

São Tomé is a volcanic island, covered in lush, verdant rainforest, 155 miles off the Coast of West Africa). Together with its sister island, Princípe, it is sometimes described as the Galapagos of Africa as it has more unique species per square mile than anywhere on Earth. Only 30 miles long and 20 miles wide, it offers the perfect conditions to grow cocoa and during Portugese rule, for 500 years, it became the largest producer of cocoa in the world.

When São Tomé and Princípe declared independence in the seventies, the land from the old cocoa plantations was divided into smallholdings and distributed amongst the local people who used it to farm. Eventually, they organised themselves into co-operatives and decided to grow cocoa again. Two of them, CECAB (Cooperative de Exportação de Cacau Biologico) and CECAQ-11 (Cooperativa de Exportação de Cacau de Qualidade) developed partnerships with Fairtrade companies, Divine Chocolate and CaféDirect, who turned their high quality organic cocoa into premium chocolate products to sell in the UK and beyond. As well as paying a fair price for the cocoa, these companies also pay an additional Fairtrade premium which is used to regenerate the farms and communities. 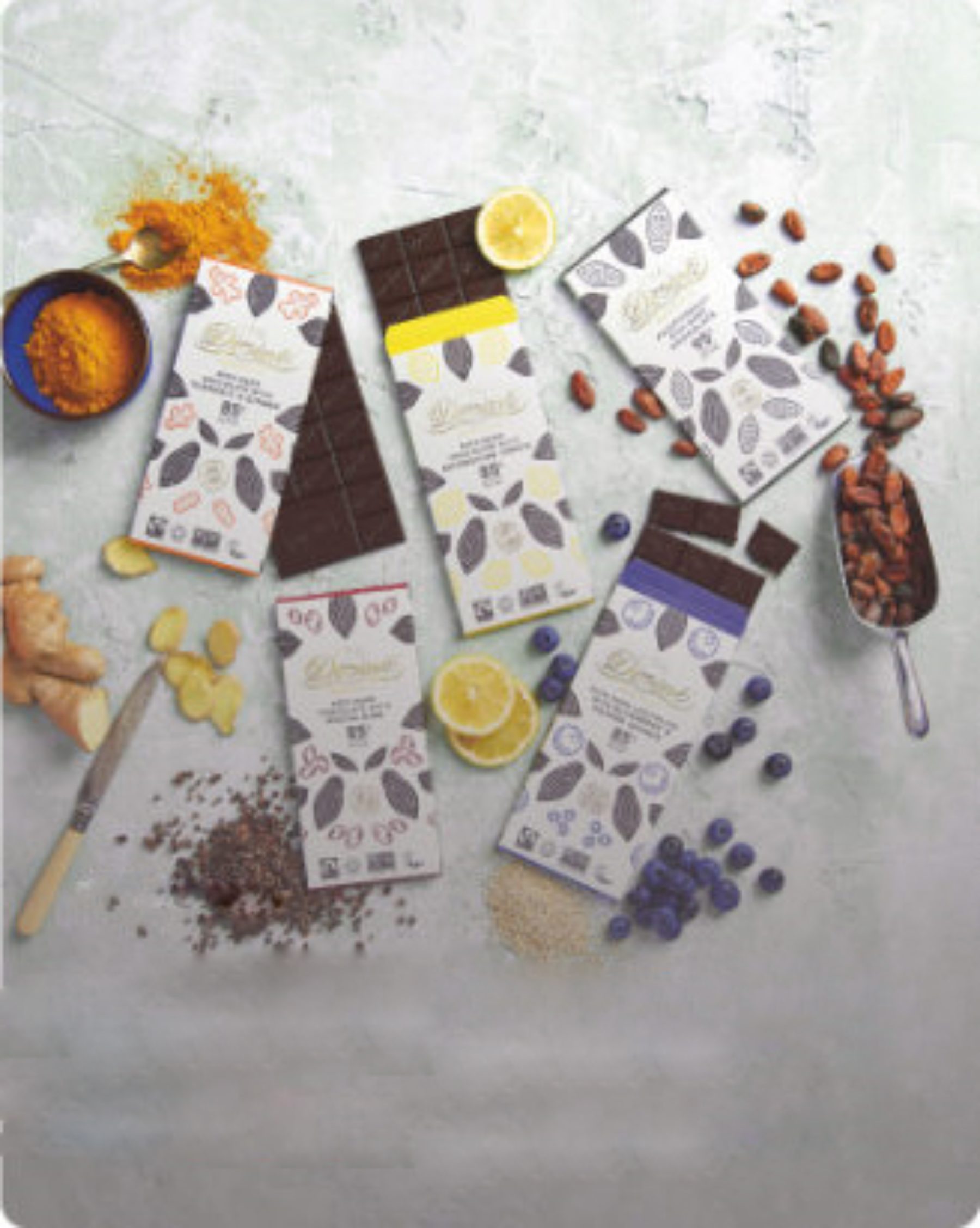 The CECAQ-11 co-operative was established in 2009 with 11 villages and is now flourishing and has grown to include 20 cocoa farming communities. Adalberto Luis is the director, and Larry Gaspar, Hortência Pina and Fatima Silva are amongst the 1,135 members, of the flourishing CECAQ-11 co-operative, which is based in the south of the island. By joining the co-operative , farmers are guaranteed a regular buyer, payment throughout the year and they decide collectively how to invest the Fairtrade premium. So far, CECAQ-11 has used the extra funds, amongst other things, to build a daycare centre and nursery, to bring electricity to villages and buy a TV for communal use. The next priorities include better access to water and improving the roads to their still remote communities. 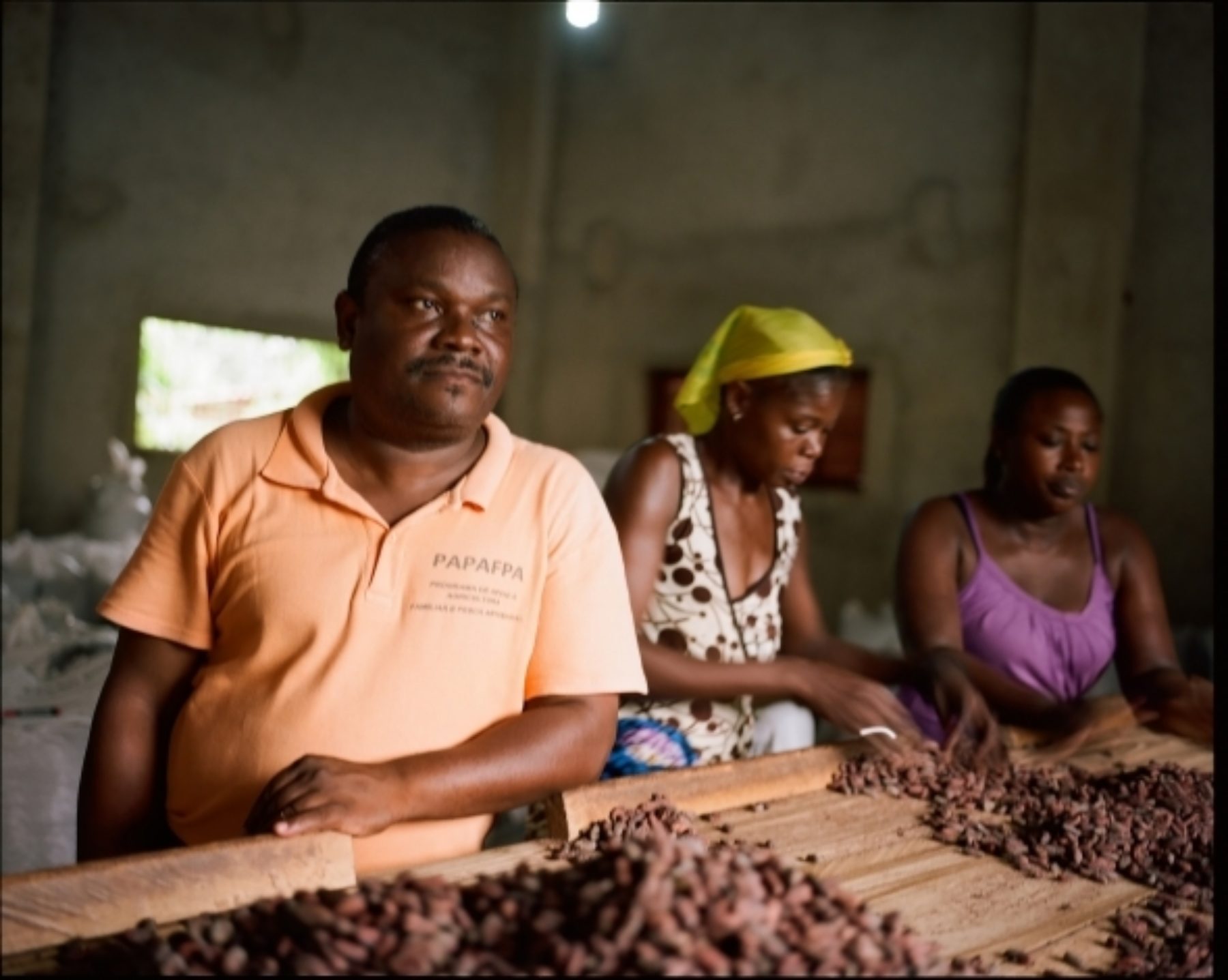 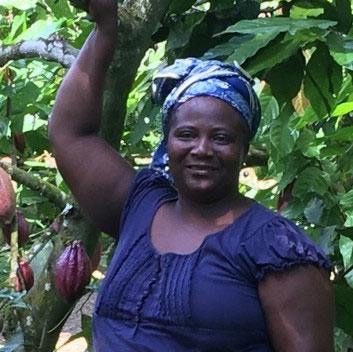 A third of the co-operative farmers are women who grow food to feed their families and also earn a regular income from the cocoa they now grow. Hortência is the secretary of the local association of her community, Monte Bello. She has six children and has built a house and bought a motorbike – the transport of choice in the island – as a result of the income she has generated. Meanwhile, Fatima, who’s cocoa farm is on the steep slopes of another village, is the leader of her local women’s group. Both women feel empowered by taking leadership roles in the farmers’ co-operative. Fatima says her biggest aspiration remains “the health of everyone in the community”.

B Corp: Divine as a Force for Good

Divine Chocolate is proud to be a Certified B Corporation® since 2016. B Corporations are leaders of the global movement of people using business as a force for good. There are over 2,500 Certified...

Britons munched their way through over £37.5m worth of Fairtrade chocolate in 2008 (Source: The Independent, 12 October 2010). COCOA CULTIVATION Chocolate is actually made from a fruit – the cocoa ...

The history of cocoa spans over 2000 years. We’ll take you through it in this article in just fifteen minutes. From the rituals of the Mayan civilisation, through the mores of 18th century Europ...