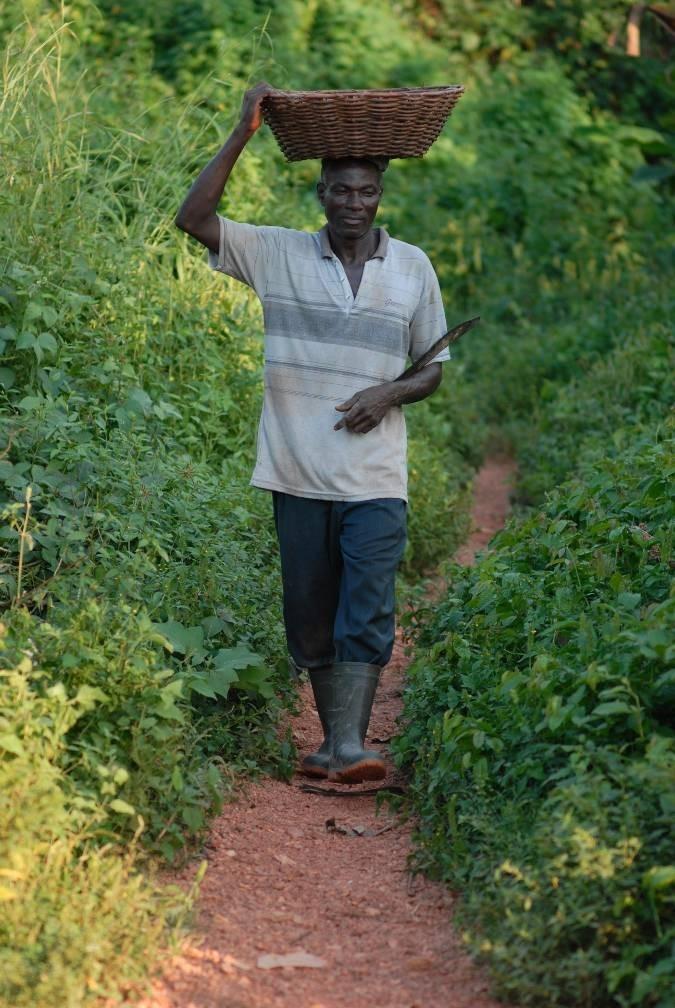 As a cocoa farmer, Francis knows very well the hard work that goes into growing and producing cocoa beans. And -- many farmers who aren't part of a co-operative or part of a Fairtrade scheme do not get paid fairly for their cocoa and can struggle to earn enough to survive.

Francis decided to join Kuapa Kokoo in 1998 when his uncle, the first Recorder in his area, introduced him to its work. “He told me how the co-operative works and how it cares for the farmers, so I joined it.”

Francis’ sons are able to go to school, thanks to Kuapa. He has hopes of a good education for both of them: “I want my sons to go on to secondary school and get different jobs once they’ve completed it."

Being a part of Kuapa means families like Francis' can hope for an even brighter future ahead of them.

As long as people continue to buy Divine Chocolate, they are supporting farmers like Francis and they get chocolate that is 'papapaa'!

What does papapaa mean? The farmers in the Kuapa Kokoo Co-operative are very proud of their cocoa beans. So proud, in fact, that they call them 'papapaa' which means, 'best of the best'! Francis shows us why:https://youtu.be/NgSOxULm63g