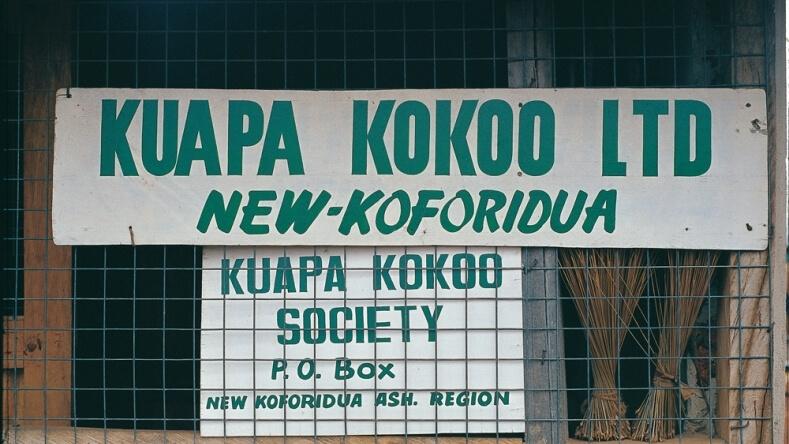 "Just a lovely idea. But it cannot be done." So said a Commercial Affairs representative of the Government of Ghana interviewed in London prior to a visit to Ghana in early 1993.

In November 1992 Twin Trading, the fair trade company that put the coffee into Cafédirect, began a programme to support cocoa farmers in Ghana. Their initiative was based on a simple goal. The aim was to establish, on a limited but practical scale, an entirely new chain between cocoa farmers and the export market, which, while conforming to the requirements of the Cocoa Marketing Company, would be of direct benefit to the farmers. Their mission was to assist small-scale farmers, through trading, to achieve: greater awareness and ability to plan and think strategically, to be protagonists in the market greater bargaining power through this knowledge and the ability to gain access to resources and infrastructure through ownership or negotiation with third parties greater income at the village community level and thus greater capacity to invest in human capital for the future.

In Ghana, Nana Frimpong Abebrese a cocoa farmer and independent representative on the COCOBOD Board of Directors saw the potential for farmers to benefit through the liberalisation reforms. By early 1993 Nana Frimpong had already started to canvass the views of influential farmers in three regions and approach officials and banks for their support. Twin staff arrived in Ghana in March 1993 and begun a programme of consultation with the farmers consisting of the following proposals.

Working with the farmers they began a programme of:

The process - the challenge of forming Kuapa Kokoo - became one of deliberately and demonstrably rejecting all of the bad and unacceptable experiences articulated by farmers and instead creating new forms of management and control that were transparent and democratic. The name "Kuapa Kokoo" in Twi means "good cocoa farmer" and was contributed as part of these discussions by Hannah Frimpong Abebrese, Nana Frimpong's wife.

The "switch" from being a "seller" of cocoa to becoming a "buyer" was a leap of thinking for farmers after many years of disempowerment. Visiting a farmer community in 1993, a person would be shown immediately the path or routes to the surrounding cocoa farms. A visitor wanting to actually sit and talk to the cocoa farmers and their families would be met with plain astonishment. In the shocking words of one of the first Kuapa Kokoo farmers, interviewed in 1993:

"No-one comes to visit us. We are not even farmers. We are just tree minders." This change in thinking from "tree-minder" to seller, by both the farmers and the state bodies, was on of the many hurdles confronting the farmers.

However by August 1993, Kuapa Kokoo Ltd had obtained its provisional license to trade. They then began the implementation of the business plan. Funds were released as a loan for the purchase of start-up tools of trade for the first 22 villages "opting" to become Kuapa Kokoo Village Societies. Twin loaned £33,000 for fixed asset purchases (weighing scales, tarpaulins, gratings and the basic "tools of the trade" for each society). Kuapa was not considered credit worthy by local financial institutions. However, by providing an unconditional bank guarantee, Twin helped Kuapa negotiate its credit and working capital requirements. Village societies were set up based on the completion of a society "census". This specified the size and scale of each farm, the respondent's gender, facilities the village could provide and its projected harvest and the labor and helpers in the village. There were actually more questionnaires returned than were distributed, in village after village the basic text was painstakingly copied out by hand.

The basic characteristics of the "set" of new Kuapa Kokoo societies and members joining up for the new project in 1993-1994 were as follows:

Kuapa Kokoo's first offices were situated in the heart of Kumasi, on "Roman Hill" a point visible from most parts of the city. This was a deliberate choice of location, a farmer arriving in the bustle of the city would be able to easily find "their" organisation without being too "daunted".